Skill level: Seasoned beginner and up

Norfolk latches were some of the earliest factory-made iron door latches. Rather than being made entirely by forging, these latches typically combined forged and sheet metal components into a form that was both attractive and cheap to manufacture. The handles usually featured a decorative element at their center, which was achieved by means of dies. These dies allowed for quick replication of some fairly elaborate forms. In this class, students will examine a series of original early 19th century examples of Norfolk latches and develop tooling to make their own. This includes the open-faced dies for the handles along with the chisels and punches needed to create the backs and other sheet metal parts. 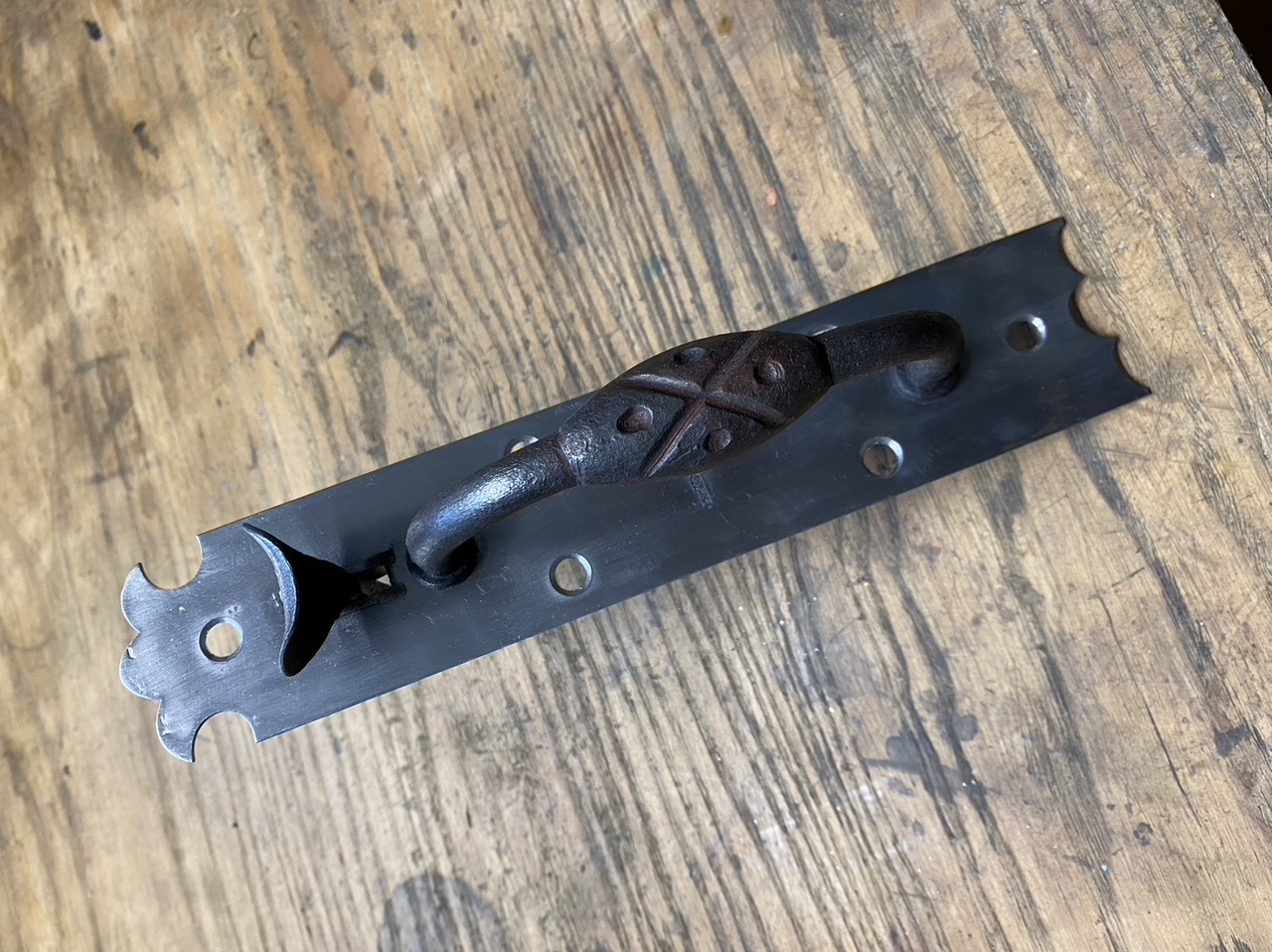 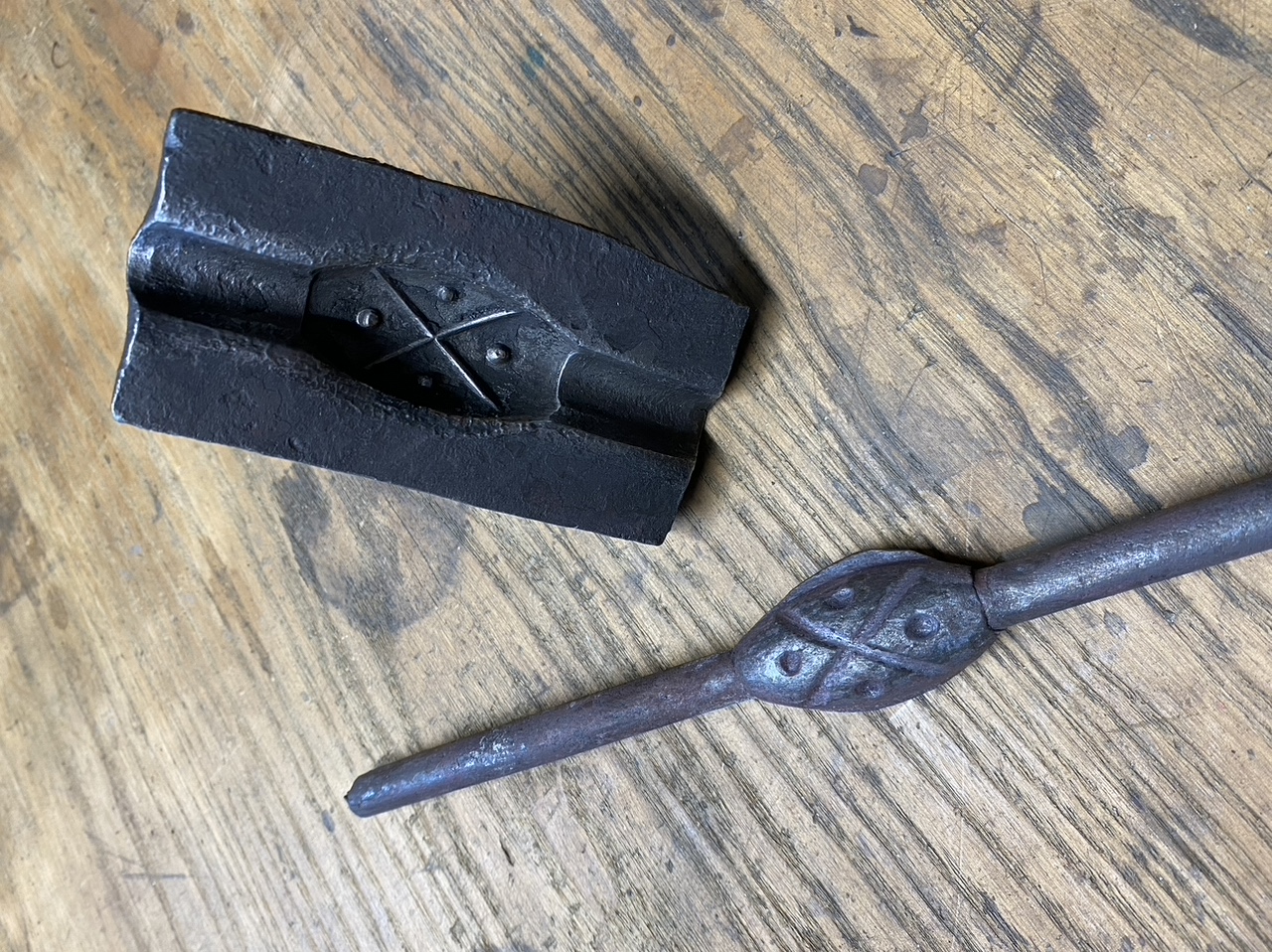 Derek started blacksmithing in 2001 as an apprentice blacksmith at Old Sturbridge Village. He specializes in making tools and hardware of the late-18th and early-19th centuries using traditional forging techniques and materials. From 2011 to 2017, he operated Resurrection Iron Works out of Millbury, MA. He was the Coordinator of Historic Trades at Old Sturbridge Village from 2014 to 2021. He is currently OSV’s Director of Collections and Research and has the privilege of working with the museum’s collection of antique wrought iron.