The types and styles of swords is legend, but one of the most famous and well known is that of ancient Rome, the Gladius! While there were many fancy adorned examples for generals and officers, the majority of gladii were no doubt munitions grade, made for the common foot soldier in large batches and of plain yet still lethal construction. We will explore a distillation of the swordmaking process down to the bare, simple, and most utilitarian parts. Using commonly available tools and techniques for both forging and shaping, wood turning and simple non ferrous work. The common Gladius is what the focus will be in this class. The blade will be forged and filed, with some talk on grinding, the hilts will be turned on a wood lathe with basic turning tooling and techniques taught and discussed to produce the hilt. Blade and hilt will be married and time allowed some simple copper and bronze accents can be made to adorn the hilt. SPQR! 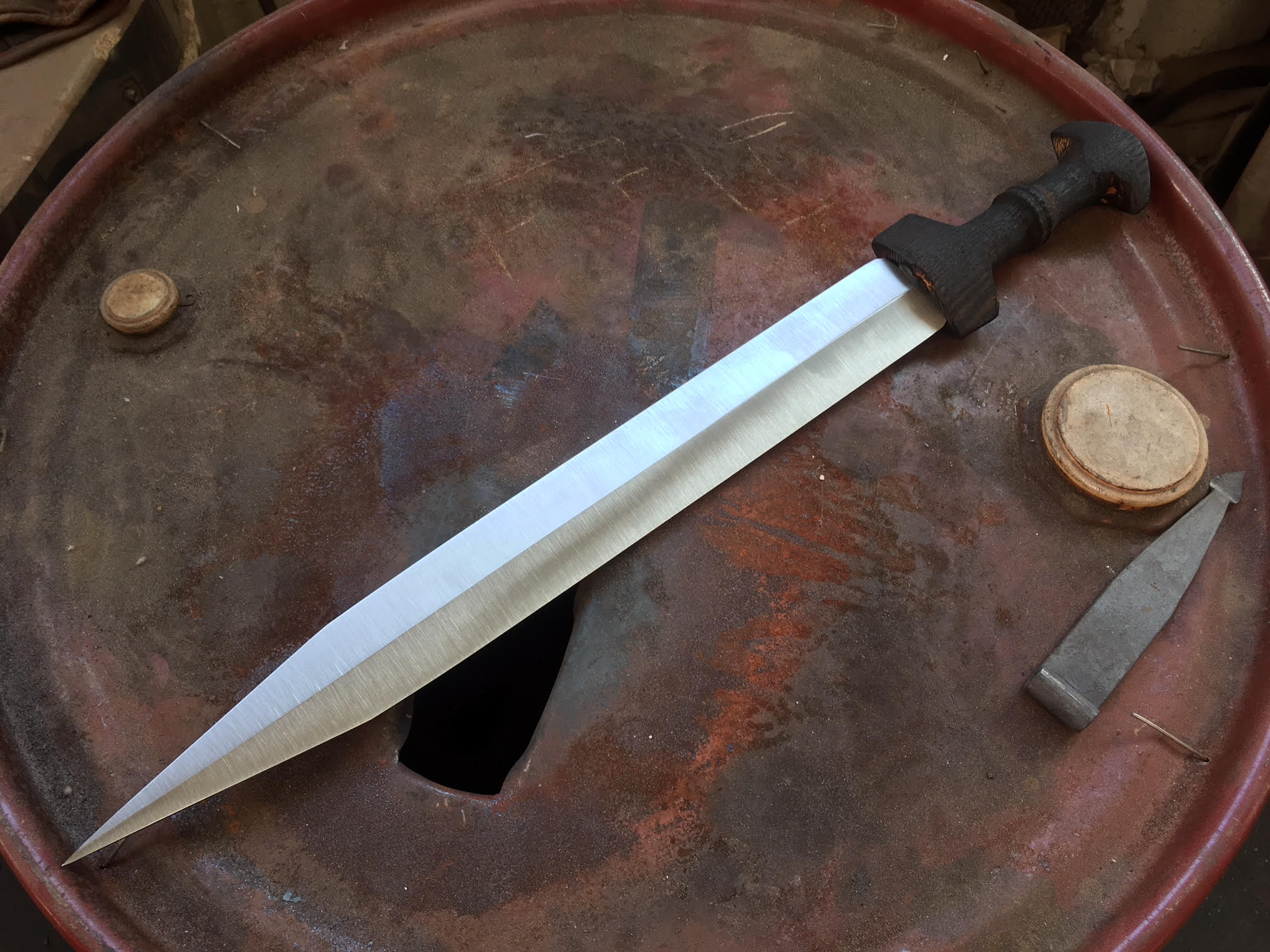 My name is Sam Salvati, I have been interested in forging blades and ironwork since I was a teenager. The classic kid at the hammer ins "i want to make a sword", i was advised to learn blacksmithing first as the learning curve was quite less and didn’t involve the technical aspect of heat treating as that needed for blades. Through learning and studying blacksmithing first, I have gained an understanding not common to most bladesmiths. I love blades, but also tools and ornamental ironwork. I have been doing blacksmithing and bladesmithing for 9 years, and lucky enough to do it professionally for the past 6 years. I live in Maryland now, and operate my own studio there.